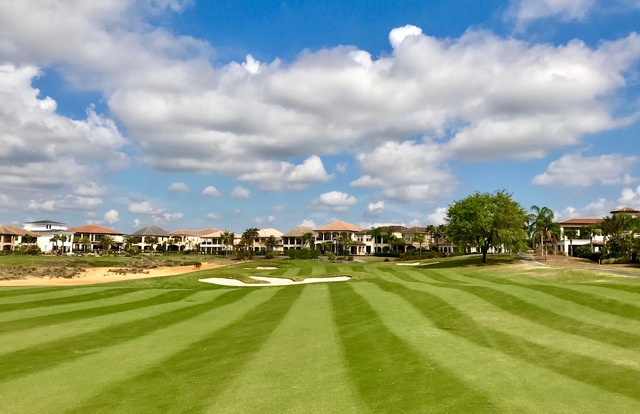 In an otherwise turbulent and controversial presidency so far, Donald Trump’s biggest domestic policy accomplishment has been the passage of the Tax Cuts and Jobs Act.

Passed on December 22, the measure constituted what accounting and financial services giant PricewaterhouseCoopers called, “the most significant overhaul of the US tax code in more than 30 years.”

If you’re considering a move – either part-time or permanent – to a golf hotbed, here are some factors to consider:

Under the new tax scheme, homeowners can only deduct $10,000 worth of “SALT” (state and local) property taxes they pay. In some places, like Jersey City, New Jersey, this is causing property tax burdens to spike dramatically.

Before the passage of the bill, homeowners could deduct interest paid on mortgages of up to $1 million. The Tax Cuts And Jobs Act lowered that threshold to $750,000. Golf being a broadly affluent sport, there are probably plenty of residents of houses in the $750,000 to $1 million range who have seen their tax obligations increase because of this change to the law.

Still, it could have been worse. Early drafts of the Tax Cuts And Jobs Act proposed to disable multiple homeowners from deducting the property taxes on any residences beyond their primary ones. Backlash against this prompted an adjustment to the bill, such that now, if you have two mortgages totaling $750,000 or less, you’ll still be able to deduct that property tax. But in order to take that deduction, you will have to itemize your next tax return.

Varied though their impact may be, increases on property tax burdens make the prospect of living in states with lower property taxes an attractive one. It just so happens that golf-hotbed states like Hawaii, Alabama and South Carolina are among the least property-tax-burdensome in the country. If you want to escape high property taxes in the Northeast, Midwest or California, you’ll find plenty of golf communities with properties that will provide some relief.

Many people drawn south and west by the prospect of warm year-round weather and lower property taxes are not inclined to jump in fully. Instead, they’ll dip a toe in the water by renting a place for the fall and winter months, living as traditional “snowbirds.” By doubling the standard tax deduction, the Tax Cuts And Jobs Act makes renting – even longer-term than a few months – a more attractive proposition than it had been. Per an article from Time.com:

“One recent study by the Urban Institute found that under the new tax law, so-called “breakeven” rents — the monthly amount above which renters are better off becoming homeowners — jumped significantly for upper-middle class and wealthy taxpayers. For instance, under the old rule, for a typical three-person family earning $75,000 owning became more financially advantageous once the family’s monthly rent exceeded $893. Under the new law that number climbs 14% to $1,017.

So, depending on your circumstances, if you were leaning “buy” before, run the numbers again and you might end up leaning “rent,” at least in the near future.

Take cues from the experts

Golf Life Navigators, based in Naples, Fla., is an up-and-coming firm that aims to pair golfers looking to purchase real estate and their “best-matched” communities and clubs in the Sunbelt; the company has recently expanded beyond Florida to Arizona and the Carolinas as well.

“We have seen a sizable increase in consumers reaching out to us this first quarter” says Becker. “There are many factors including weather, a lifestyle change, etc. But, we believe that the new tax reform laws are playing a role in consumers expediting their plans to relocate south into a tax-friendly state such as Florida.”

Golf Life Navigators recently developed the ProGuide3, a free, 10-minute online survey that is helping real estate- and club membership-seeking golfers make sense of the hundreds-deep fields of options in the Sunbelt.

On the rent vs. buy issue, Becker says it’s not cutting into ProGuide Inquiries. “In the first quarter we actually saw a 3% increase in consumers who would like to purchase real estate alongside their golf membership,” he says. “This tells us that folks are beginning to think about selling up north and relocating south. If that number had decreased we would have assumed that consumers are looking to rent as opposed to buying.”

The biggest change for golfers?

Perhaps the most consequential-to-golf effect of the Tax Cuts and Jobs Act has nothing to do with real estate, but with an aspect of many golfers’ on-course time, regardless of where their rounds are taking place. The legislation stripped taxpayers of the ability to deduct half of expenses incurred in the name of client entertainment on their tax returns.

This means that if you are one of the many businesspeople who have long regarded golf as a way to build and strengthen relationships with prospective and entrenched customers, this legislation may cause you to play less golf. Deducting portions of green fees paid during golf with a business angle used to help many golfers justify not just the odd Friday-afternoon round, but their entire private club membership. It’s too early to tell just how much of an effect this lost deduction will have on the golf industry, but it nevertheless worth considering in the wake of the Tax Cuts And Jobs Act’s passage.

Do you foresee the recent American tax overhaul affecting your golf habits or future real estate considerations? Leave a comment to share your perspective with your fellow Golf Advisor readers!

(Correction: An earlier version of this article mistakenly conflated the Tax Cuts And Jobs Act’s changes to property tax and mortgage interest deductions. This mistake has been rectified above.)